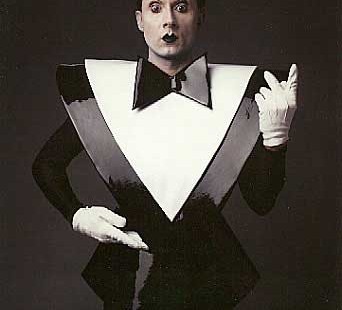 Born This Way: The Birth of Little Monsters From The Spirit Of Music

In my previous post about Gaga’s BTW, I argued that the song’s ultimate position on identity—whether sexuality is genetic/biologically determined, or socially constructed—was hard to determine. There was a tension between the general spirit of the “born this way” rhetoric evoked in the lyrics, and the way that the music showed its clear debts to earlier artists and tracks. When I wrote that piece, the video had yet to be released. Now that we have the BTW video, I’m not so sure I’d reconsider my initial argument. This tension between “nature” and “nurture,” or between more hegemonic notions of “reproduction” and more queer/Afrofuturist notions of “replication,” persist throughout the video. What this tension shows us is that Gaga’s “monster” is somewhere between human and cyborg…monsters aren’t fully human, but they retain some “human” features that the cyborg lacks. Monsters are both born and made; monsters have a Benjaminian “aura,” cyborgs do not. This video is indeed, as Gaga says near the beginning, “the manifest of Mother Monster,” because it offers us a more fully-realized concept of “monstrosity” itself. This concept is certainly present in her earlier works, but this video clarifies some of the distinct, constitutive features of Gagasian monstrosity. In what follows, I’ll enumerate some of these features, making specific reference to evidence from the video.

• Monsters are both born and made—which is to say, they complicate any strict binary between sexual and “mechanical” reproduction (what I would call “replication”). The video clearly shows us the vaginal birth of little monsters. These monsters come from a mother, but we’re not sure if there needs to be a father; in fact, it apparently “doesn’t matter if you love capital H-I-M,” so perhaps fathers (eternal or genetic) don’t really matter. The voiceover clarifies that Mother Monster is asexually reproducing, via “mitosis” (splitting). So this birth is in fact a sort of cloning: Mother Monster replicates—like bacteria. This language of mitosis complicates the status of MM’s motherhood, because in mitosis there is no parent and child, no “original” and no “copy”—there are two identical halves, which then develop into complete “individuals.” The voiceover further indicates that Mother Monster “herself split in two, rotating in agony between two forces”—i.e., the forces of good and evil. So, Mother Monster is a “mother” only metaphorically; she “births” little monsters by replicating…she makes an “infinite” number of copies, as we see in the grid of “little monster” dancers around the time the actual song lyrics begin. A process of replication, MM’s “birthing” is actually a “manufacturing” of little monsters. Monsters are both born and made. This logic is evident even in the genesis of classic monsters: Frankenstein’s monster is composed of parts of humans who were once born, just as zombies and vampires are generally individuals born as humans but “infected” or “turned” by their monstrosity.

• As both born and made, monsters stand between liberal humanism and posthumanism. Most notably, monsters have a Benjaminian “aura,” a unique, individual identity. As individuals, monsters can still have a traditionally liberal “self” (i.e., autonomous, free willing, self-present, rational, unique, etc.). Some of the song’s lyrics reinforce the idea of a unique, inherently valuable individual “self” (“My mamma told me when I was young, we’re all born superstars,” “I’m beautiful in my way,” etc.). These radical posthumanisms reject liberal notions of the self, of autonomy, etc. Gaga calls her monsters “a race within the race of humanity” who are very tolerant, good, peaceful, etc. So they’re the subset of humans who are distinguished by their commitment to the values of political/philosophical liberalism: liberte, egalite, fraternite, so to speak. You could say that Gaga’s little monsters are liberal posthumans. I would contrast this liberal posthumanism with radical posthumanisms along the lines of Haraway’s cyborgs, Beyonce’s robots, and Afrofuturist aliens and robots generally. Whereas Gaga’s liberal posthumans do not fully reject liberal humanism, radical posthumans do reject liberal humanism.

• Monsters are scavengers; they plunder indiscriminately, regardless of contradictions or incompatibility among resources. Gaga’s references are all over the place. I talked about the musical references in my earlier post on the song. The video, both as a video and as a manifesto, draws from a range of sometimes seemingly incompatible sources. First, as a manifesto, the video calls on concepts from theoretical/activist positions that generally seem to compete with and contradict one another. The Mamma Monster figure and imagery calls on second-wave gynocentric or “goddess” feminism, while the inverted pink triangle, the circuit-y music, the Madonna references, and the opening line of the song (“It doesn’t matter if you love him…” also, there’s the elision of drag kings in the “don’t be a drag, just be a queen” refrain) call on more male-centric gay political and aesthetic positions. There’s also the aforementioned tension between liberal humanism and posthumanism, or between replication and reproduction. As a video, the visual references are all over the map. There are the obvious Madonna and LaChappelle references. More subtly, there’s the Orlan reference: around 1:07 and again at 4:40, Gaga’s bob-coiffed persona resembles the feminist performance artist Orlan’s work. Similarly, Gaga’s use of facial/shoulder “implants” resonates with Orlan’s own “horn” implants. Gaga’s skeleton tuxedoed persona calls on both Thriller (the skeletal face) and on Klaus Nomi (the exaggerated shoulders on the tux). I’ll post some photos at the end of the entry.

• Somewhat of an aside: Monsters are idealists, they think this is the best of all possible worlds, and that “evil” exists for a reason. I’m a little—not a lot, but a little—interested by the fact that the Monster Manifesto is, at some level, a theodicy—i.e., an account of/apologia for the existence of evil in a world that’s supposed to be good. In the same way that medieval philosophers tried to explain away evil by saying that either God didn’t create evil (evil is lack, God is full presence, so evil is merely the lack of God), or that God created “evil” for a reason, BTW suggests that Momma Monster created evil to protect her baby monsters. Now, I’m not sure what she means by “evil”—she could mean the fact of monstrosity itself; but evil could also mean normativity, the normativity that casts her babies as monsters.

• Something I need to think more about: Unicorns. The video begins and ends with a unicorn. Unicorns are not even made, they’re entirely made-up. Unicorns are also key to the storytelling in Blade Runner: we know that Deckard is a replicant b/c he has the unicorn-in-a-field memory that EJ Olmos’s character knows was implanted/manufactured by Tyrell Corp. (That’s why he leaves the origami unicorn at the very end, to confirm to Deckard that D is a replicant.) Are unicorns meant to be a symbol of posthumanity? Is this a Blade Runnerreference, or is it more Lisa Frank?

• Also of note: The video participates in the well-established scifi tradition of scoring with both neo-romantic orchestral music and electronic music. Think Wendy Carlos’s (and Daft Punk’s) Tron soundtrack. 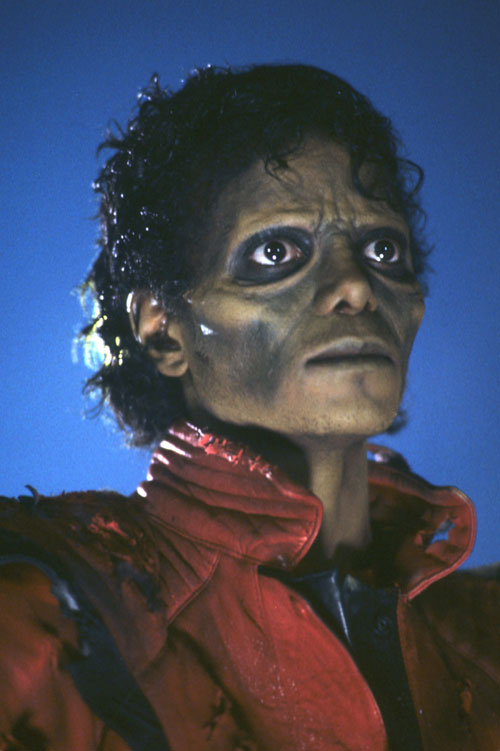 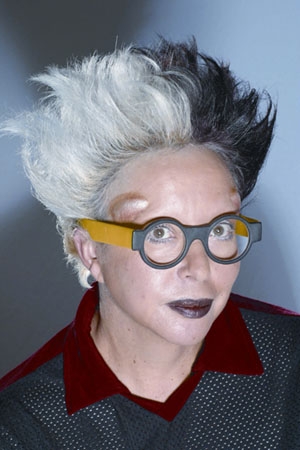 ← Good Girl Gone Melisma: the racial politics of Avril Lavigne’s “What the Hell”
Oh Bondage, Up Yours!: Rihanna’s “S&M” →