I’m giving two slightly different versions of a talk on Gaga Feminism, Neoliberalism, Multi-Racial White Supremacist Patriarchy, Rihanna, & Goth, one tomorrow at Wayne State, and the other in April at Luther College. Because I usually talk rather than read, I…

As always, this is pretty raw, first-draft stage material. I welcome your feedback 🙂 Thanks to everyone who has read and given feedback on part 1 of this series! The continued outcry and worry about Rihanna and her album clearly…

“…mistaking anti-social surrealism for social realism” (Kodwo Eshun, More Brilliant Than The Sun). People keep accusing Rihanna of this, that, and the other, when really she’s doing us such a favor that the least we could do is maybe buy… 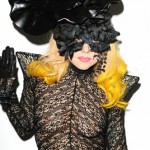 The Beautiful People: Gaga as Post-Goth

So, the Gaga-Madonna connection is a totally overworn topic. Gaga encourages some of the comparisons, but I think that Madge is NOT the artist we need to see as Gaga’s immediate aesthetic ancestor and interlocutor. It’s Marilyn Manson. Yep, Gaga…