These people, largely uneducated and unable to entertain themselves over their wine by using their own voices to generate conversation, pay premium prices for flute-girls and rely on the extraneous voice of the reed flute as background music for their… 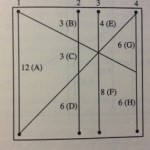 It seems like the ancient Greeks are actually kinda neoliberal in some ways. In Disagreement, Ranciere calls consensus democracy “the perfect realization” of Plato’s Republic, and, as Shannon Winnubst notes in her great new article in Foucault Studies(which everyone should…