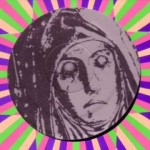 Seeing Music For What It Really Isn’t

or, “‘Reality’ is the only word in the language that should always be used in quotes” This is cross-posted from cyborgology. __ I get really nervous when people start making claims about what is and isn’t “real” music. Like Princess Leia in The…