Don’t you know that magnificence is…truly reserved for the upper class?

xpost from my tumblr, itsherfactoryitsherduty.tumblr.com (See especially 5:00) “Why don’t you get bored, go back to school And don’t ask for any of this magnificence…” There’s this idea that students need to be trained for specific careers, and that liberal… 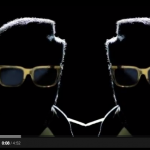 I started a tumblr.

its her factory now has an associated tumblr, itsherfactoryitsherduty. I’m using the tumblr as a short-form notebook, mainly for ideas too short for the blog but longer than 140/280 characters.

From the “Exchange of Women” to “Gendered Competition”

This is a collection of rudimentary thoughts from last night’s Feminist Philosophy class. We read Gayle Rubin’s “The Traffic in Women” and Luce Irigaray’s “Women on the Market.” Both of these are decades-old analyses of the “exchange of women”. Rubin… 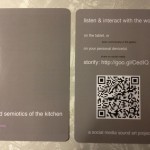 Sound Semiotics of the Kitchen at Woman Made Gallery

My “Sound Semiotics of the Kitchen” piece is part of the Public/Private group show at Woman Made Gallery in Chicago. It runs from 18 January-21 February. Here‘s the link to the gallery’s page about the show. I’ll be at the…

Here I rework my earlier reading of Taio Cruz’s “Hangover” to show how neoliberalism actively cultivates transgression, producing what I call a “faux-gression” that gets fed back into neoliberal means of production, augmenting privilege, hegemony, etc. I cut this from…